United People Global (UPG) is a non-profit organisation registered as a foundation in Geneva, Switzerland. The organisation registration number is CHE-407.035.390. UPG is supervised by the Swiss Federal Government and accounts for its management of funds as well as for its activities.

The Board of Trustees is the highest level body that oversees the activities of UPG. The Board is deliberately composed to include people that are very much like UPG’s members, champions and other stakeholders. The diversity of the Board is a matched by a shared belief in the importance of UPG’s mission, especially the importance of empowering people. Please meet our Board below.

Given the importance of our mission, we are proud to have colleagues and collaborators with strong expertise as well as a firm commitment to contribute to making the world a better place. We work to encourage and enable others and so service orientation is a common quality across all collaborators.

Yemi Babington-Ashaye is humbled to serve as the President of United People Global ensuring that UPG makes contributions towards its mission by putting people and service first. He uses strategy, management and leadership expertise to design and deliver solutions with impact. He has worked in various capacities with world leaders, helping them to achieve ambitious objectives, helping them to interact on the global stage and to increase their influence. He has also worked with young people around the world, helping to strengthen the voice of youth for the benefit of communities locally and globally. Through his work he has demonstrated a tireless belief in the power of people. He has worked in the private sector, public sector, academia and in the non-profit sector.

He is a development economist, a management scientist and a chartered accountant who is passionate about serving and enabling people to have more impact.

Chair of the Board, United People Global

Chair of the Board, United People Global

Graça Machel is a leading social and political activist as well as a renowned international advocate for women’s and children’s rights, having fought for decades for increased literacy and access to education and greater assistance for community development. She served as the first Education Minister of Mozambique until 1989 and during this period Machel lowered the illiteracy rate by 20 percent and oversaw a dramatic increase in primary school enrolment.
In 1997 she chaired a United Nations Report on the Impact of Armed Conflict on Children that helped establish a comprehensive agenda for the protection of children in conflict zones. Mrs. Machel founded the Foundation for Community Development, a grassroots NGO that works to bring together the forces of all sectors of society to promote development, democracy and social justice.
Graça Machel is a founding member of The Elders alongside her late husband, Nelson Mandela. The Elders is an independent group of global leaders working together for peace, justice and human rights. Her humanitarian contributions have been recognised by a number of awards, including the Laureate of Africa Prize for Leadership for the Sustainable End of Hunger from the Hunger Project, the Nansen Medal for her service to the cause of child refugees, the Africare Distinguished Humanitarian Service Award and the Council of Europe’s North-South Prize.

Arancha González is an expert in international trade issues with over 20 years of experience and currently serves as Executive Director of the International Trade Centre (ITC). Before joining ITC, Ms. González served as Chief of Staff to World Trade Organization (WTO) Director-General Pascal Lamy from 2005 to 2013. During her tenure at the WTO, she played an active role in launching the WTO’s Aid for Trade initiative and served as Mr. Lamy’s representative at the G-20. Prior to working at the WTO, Ms. González held several positions at the European Commission, conducting negotiations of trade agreements and assisting developing countries in trade-development efforts. Between 2002 and 2004, she was the European Union spokeswoman for trade and adviser to the European Union Trade Commissioner.

Martin Chungong serves as the Secretary General of the Inter-parliamentary Union (IPU). He has more than three decades of experience and knowledge of parliaments at national and international level, Chungong has dedicated his professional life to promoting and building democracy worldwide. He contributed to establishing governance benchmarks to strengthen democracy, as chair of the Management Committee on Accountability of the Organization for Economic Cooperation and Development (OECD) Governance Network. Since 2012, Mr Chungong has made a push to strengthen parliamentary engagement on sustainable development and accountability through his role as Parliamentary Representative on the Steering Committee of the Global Partnership for Effective Development Cooperation. An awardee of the Chevalier de l’Ordre de la Pléiade, Ordre de la Francophonie, and a linguist by training.

Daisy Guo is the Co-founder and CMO of Tezign.com, a platform based creative marketplace & workflow solution.With a mission to revolutionize the relationship between clients and creative professionals, Tezign has brought together over 2,000 projects, from major clients such as land developer SOHO China, Greenland Group, and the film production company H.Brothers. Guo is an artist at heart and a graduate of China’s Central Academy of Fine Arts, she holds a Bachelors in Landscape Architecture. She has curated art exhibits worldwide, including as part of the curating team for the Chinese pavilion at Venice Biennale 2012.

Amadou Mahtar Ba is Co-Founder and Executive Chairman of AllAfrica Global Media, Inc. AllAfrica owns and operates allafrica.com, an international multi-media content service provider, systems technology developer and the largest distributor of African news and information worldwide. He is also the Founder of the African Media Initiative (AMI), a pan-African effort he established and led until 2014 to provide the continent’s media owners and practitioners with the tools they need to play a stronger leadership role in their communities, countries and the region.
Prior to AllAfrica and AMI, Mr. Ba served as Director of Communications and Marketing for BICIS Bank, a subsidiary of the French banking group BNP Paribas and helped lead the successful restructuring and privatization of the Pan African News Agency (PANA).
Ba is a champion of the role of the media, good governance, women’s empowerment, technology and innovation and he has served on several international Boards and working groups. He is the recipient of numerous honors and awards, Forbes listed him as one of “The Top 10 Most Powerful Men in Africa” in February 2014. EXPO 2015 and Afronline awarded Mr. Ba the 2012 African Media Prize acknowledging his “outstanding contribution to African Media and his skills on promoting innovation among African Media.”

Cherrie Atilano is a farmer who works to empower other farmers. She is the Founder and CEO of AGREA Agricultural Systems International, Inc., an agro-social enterprise that aims to help eradicate poverty for farming and fishing families in order to alleviate the effects of climate change and establish food security in the Philippines. AGREA has been mobilizing communities, businesses, academia, local and national governments, and international partners to bring an “Ecology of Dignity” to farming and fishing communities on the island of Marinduque.
Previously, she worked as a consultant with the Department of Agrarian Reform in the Philippines and helped to form 241 cooperatives of smallholder farmers in the country.
She is the recipient of numerous honors and awards, including Inspiring Filipina Entrepreneur in 2017, The Outstanding Women in Nation’s Service Award in 2016, and first Awardee of Women of the Future Social Entrepreneur in SouthEast Asia, chosen as one of the ASEAN Emerging Leaders (ANGELS) by Channel News Asia and Visionary in Asia by Japan NHK World News.

Marcelo Maia Rosa is an architect and partner at Andrade Morettin Arquitetos Associados, winner of the competition for the new IMPA-RJ headquarters (2015). He was responsible for coordinating work on the new museum of the Instituto Moreira Salles (2017), in São Paulo. Maia Rosa holds degrees in architecture and urbanism from Universidade Mackenzie in São Paulo and TU/e in Eindhoven (2005), with complementary courses from Université Paris Sorbonne (2012) and graduate studies at the Escola da Cidade (2017), where he currently teaches. He was the co-curator exbition Walls of Air in the Brazilian pavilion at the 16th International Architecture Exhibition – Biennale di Venezia.

Professor Dr. Wolfgang Deckers has 35 years teaching experience in a variety of institutes in the UK and abroad giving him an awareness of different education systems.

He teaches on an undergraduate level for a variety of Majors in a non-specialist way. Dr. Deckers emphasizes in his work the correlation between politics and economics on an international level. Dr. Deckers emphasizes the importance of students to enjoy their studies and to challenge their current perspectives and understanding of the world around them. He aims for students to feel motivated to engage on a significant level with the globalized world of which they are part. Dr. Deckers is interested and motivated to teach as a means to tackle injustice and education is a particularly powerful tool for this. 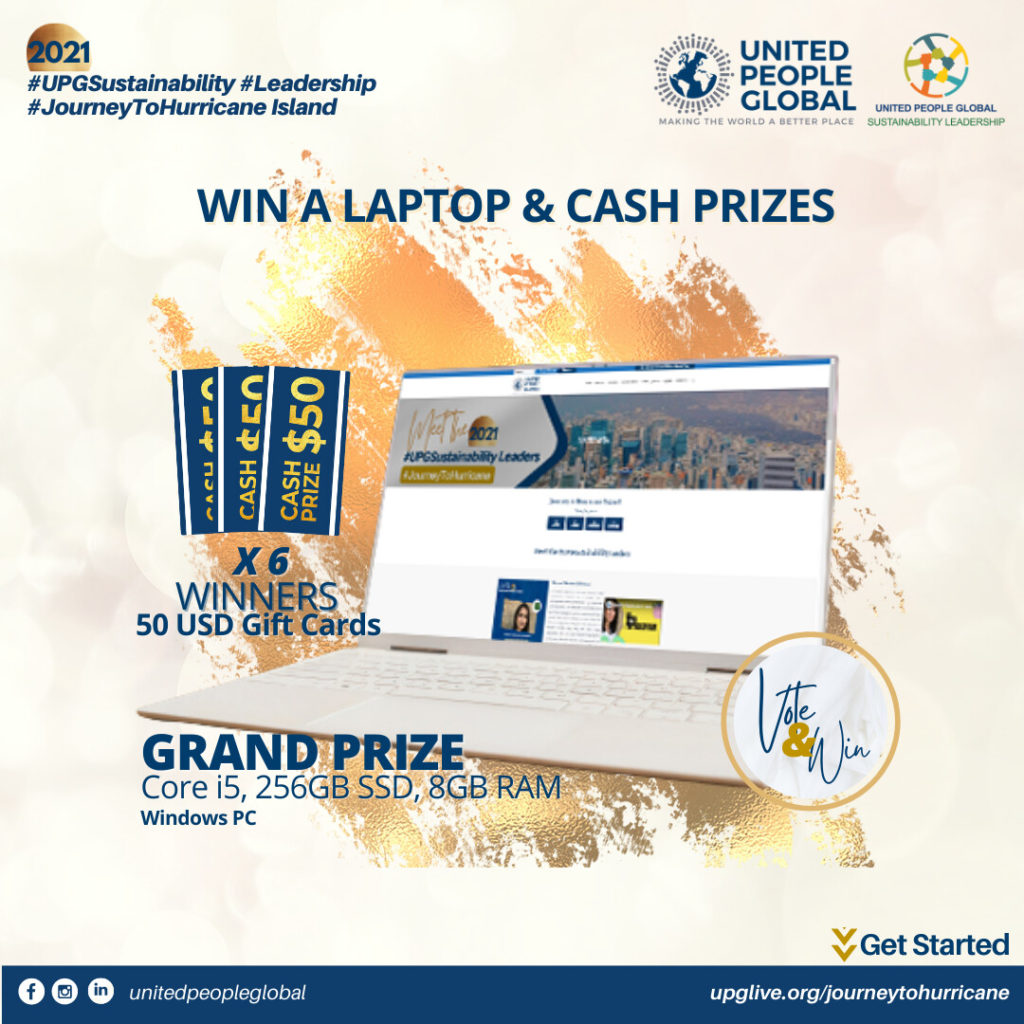